The station opened on 10 December 1933 when the line was extended to Porte de Montreuil.
It is situated in the 11th arrondissement. The station is named after the former square Voltaire which is nearby.
Voltaire (1694–1778) was a French writer and philosopher, whose real name was François-Marie Arouet.
The station is served by the metro line 9. 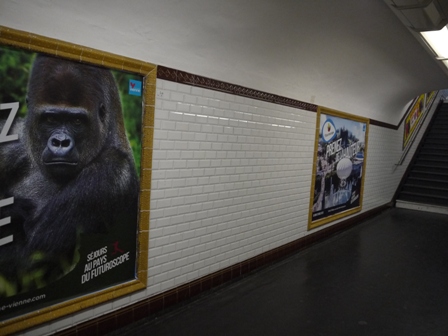 The station is an underground station. The walls in the corridor are tiled half-way up in white rectangular tiles and bordered by a row of plain brown ceramic tiles on the bottom and a row of brown tiles with flower pattern on the top.

Advertising posters have been placed in frames of honey-coloured ceramic tiles with a wheat pattern. 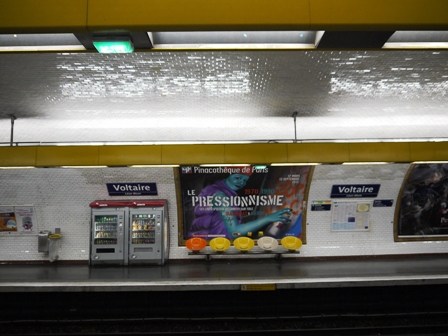 Seating is in form of orange, yellow and white metal half-balls on a metal bar fixed to the ground. 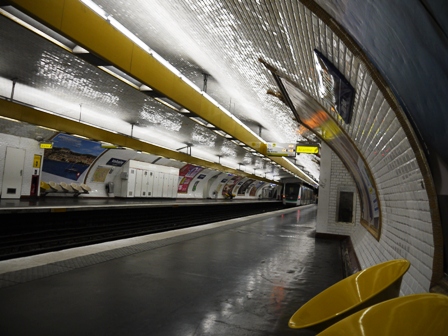 The platforms are on either side of the tracks. There are no barriers installed. The floor is painted grey. The edge of the platform is marked in white. A row of about 20 cm wide nobbed tiles has been added to warn sight-impaired travellers of the edge.

The lights are still in the Andreu-Motte style - metal container on the ceiling above the platform edge, matching the seat colour, in this case yellow. 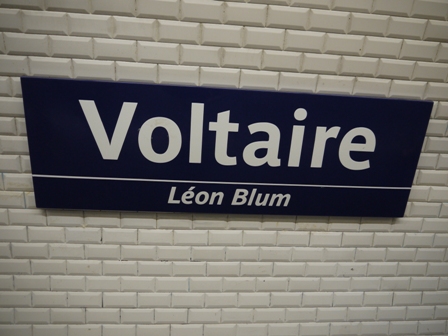 When the square changed its name from Voltaire to Léon Blum, the station kept its main name but added the new name below it.

The signage is in mixed white letters on a blue background.

The walls are tiled in white rectangular tiles with a raised centre.