om 9 November 1976 it is served by the metro line 13. The station is situated in the 7th arrondissement. 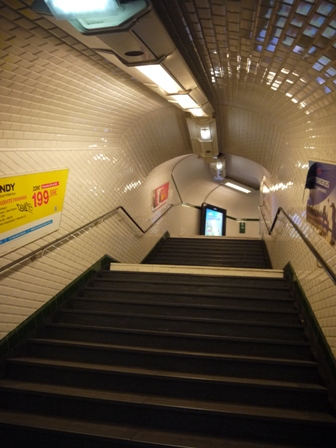 Varenne is an underground station. It has a centre platform and one side platform.

The walls and ceiling of the stairs are tiled in small white rectangualar ceramic tiles with a raised centre.

Narrow advertising posters in metal frames have been placed above the handrails. 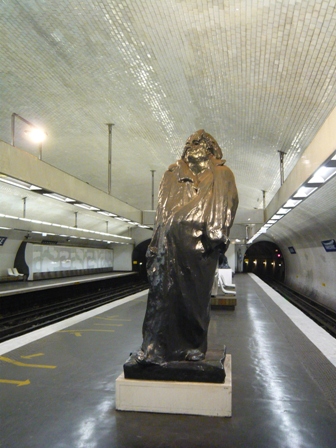 The ground is painted grey. The platform edges are marked in white, with a row of grey knobbed tiles.

The station is close to the Rodin museum and two replicas of his sculptures have been placed on the platform.

Balzac "welcomes" passengers as they enter the platform. 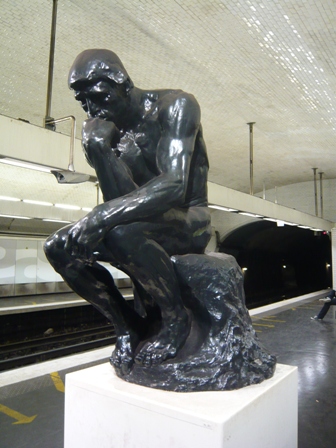 A replicate of Rodin's sculpture "Le Penseur" on a low pedestal is behind Balzac.

The vaulted ceiling is tiled. The white light casings look like upside-down plant boxes suspended from the ceiling. They are in the Andreu-Motte style. 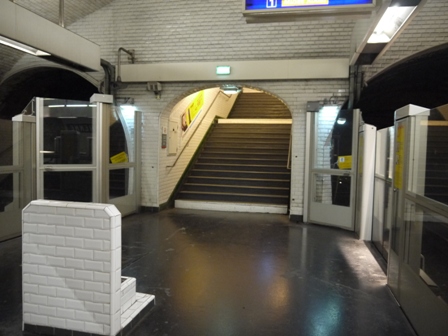 Entrance to the the platform is from the end. Right at the entrance is a small tap on a small wall in the middle of the platform.

The walls are tiled in white horizontal tiles with a raised centre.

The ground is painted grey. The platform doors have now been installed. 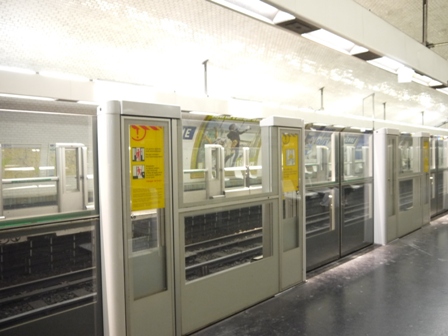 The tracks of the line 13 lie between the central platform and the side platform.

All white lines and knobbed tiles have been removed.

Warnings have been posted on the side of the doors not to enter the metro when the horn sounds. 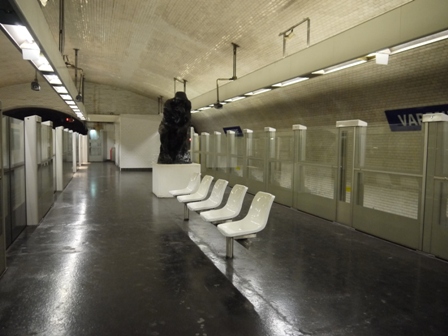 The central platform after the platform doors have been installed. The tracks on the left lead to Châtillon.

The barrier on the right has no doors as the track is used for trains passing through on the internal network, and are not open to the public.

White plastic seats have been fixed on metal bar, facing the platform doors. 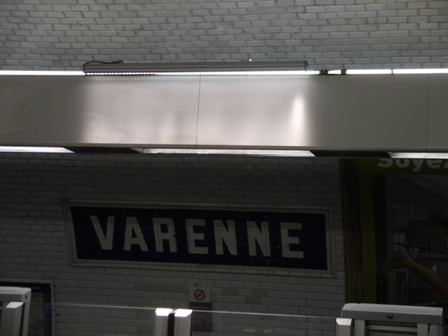 The signage on the side platform consists of large white letters stencilled on blue ceramic tiles and surrounded by a white ceramic frame.

The advertising posters are framed in honey-coloured ceramic tiles with a wheat pattern. 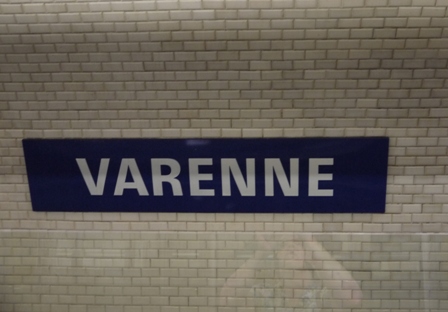 The signage on the wall behind the track not used by the line 13 consists of white uppercase letters on a blue plasticised sign without frame.