It is situated at the border of the 6th and 7th arrondissements, taking its name from the streets above. 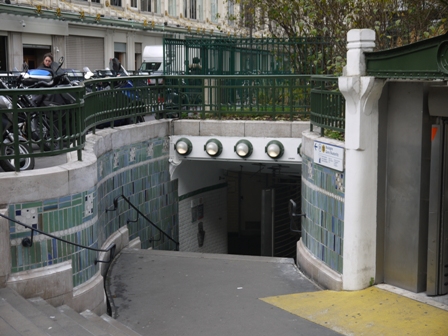 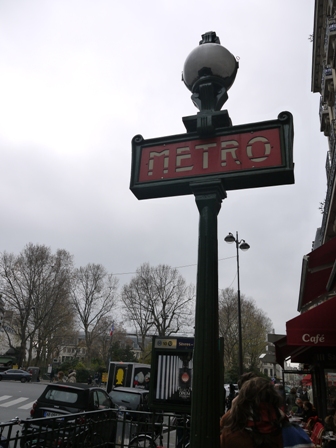 The station has several entrances. The main entrance splits into three: in the centre is the exit by escalator, the entrances to the left and right have stairs. Above them is a row of five round lights in green fixings at ground level.

The walls outside are tiled in light green, light blue and brownish tiles.

The station entrance is marked by a green lamppost. 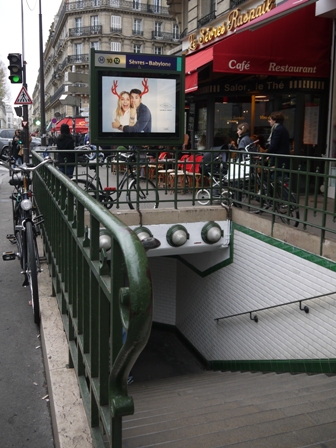 This entrance is more modern. 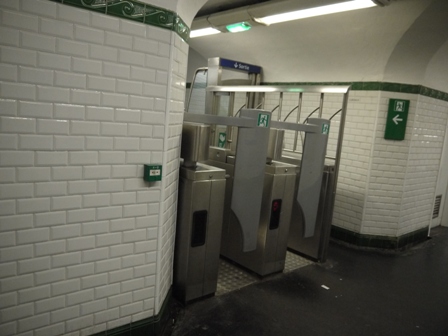 It is surrounded by a green fence with bars of different lengths. The station sign is square with the name of the station , the metro lines and some advertising in a lit box.

At ground level are four round white lights in green fixing. 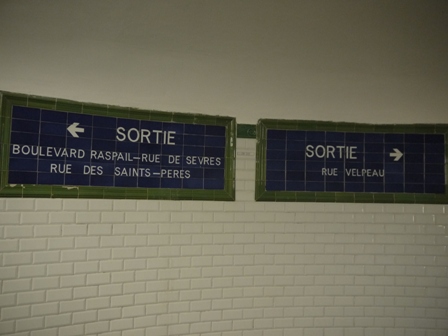 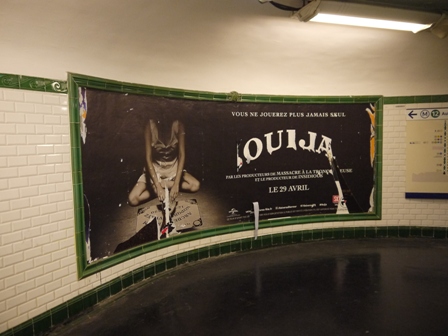 The wall is tiled in white ceramic tiles and topped with a row of green border tiles with a wave pattern. Handrails have been attached to the walls.

Access to the platfroms is through a turnstyle  and a metal lever barrier which has to be pushed aside.

The exit signs in the corridor are made from blue ceramic tiles in green frames. The words "Sortie" (Exit) and the names of the streens are printed in white letters.

Advertising has been placed in the bend of the corridor. The frame is made of green ceramic tiles and topped with a logo of the Nord-Sud line, the original owners. 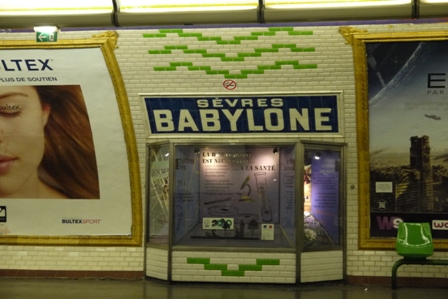 The walls of the platform are tiled white with some green tiles looking like waves. The station of the line 10 was due to be called Babylone. As a result of the merger with the line 12, the signs on this platform have the word Sèvres in smaller letters and Babylone in large.

The display shows some exhibits about biodiversity. 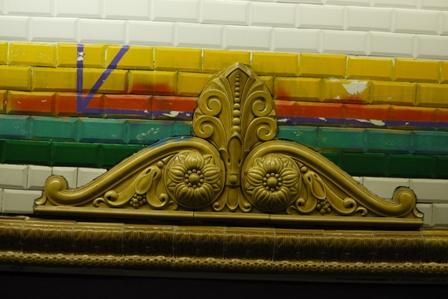 One of the olive ceramic decorations above a frame. The flowers are arranged symetrically. The tiles behind it have been painted in rainbow colours. 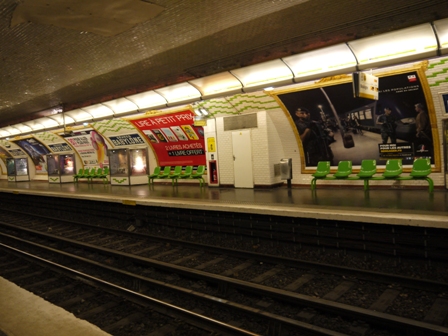 The platform edges are marked with a white line and a row of raised circles. The ground has been painted grey.

Three sets of green plastic chairs have been attached to green metal bars and fixed to the ground.

Line 12 started operation on 5 November 1910. It was part of the original line A (North-South). Both the walls and the ceiling are tiled. 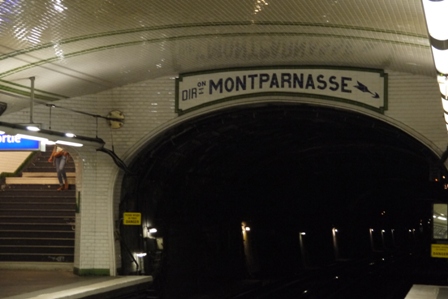 Each of the tunnels has a large sign with the direction - in this case Montparnasse - and an arrow pointing to the platform. 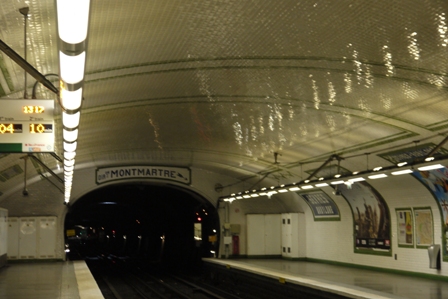 The other direction is Montparnasse. The vaulted ceiling is tiled. It has green frames.

The lights are suspended from the ceiling by pairs of two wires. 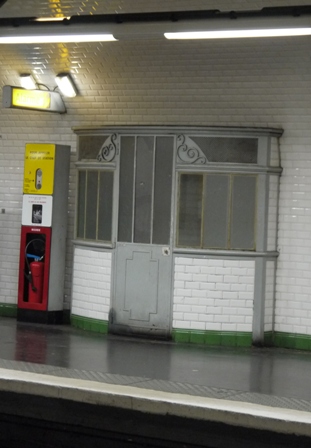 Little room with a grey door and windows for staff. It is no loger used.

The walls are tiled in Metro style. 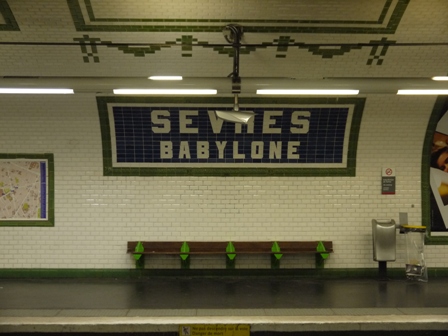 The tiles underneath the green frames show a green garland.

The signage of the line 12 is made of blue ceramic tiles in a white frame which is surrounded by a green frame. The station name is stencilled on the tiles in white uppercase letters. Here the word Sevres is printed larger than the word Babylon.

Seating is in form of a wooden bench fixed to the wall. The seats are separated by apple-green metal bars.