The station opened on 8 November 1922. The station is named after Château de la Muette, a former hunting lodge which was converted for Margaret of Valois, the first wife of King Henry IV of France.
It is situated in the 16th arrondissement. It is served by the metro line 9. 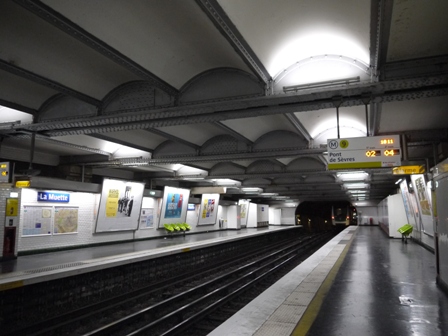 The ceiling is flat with a series of small painted arches which are supported by silver steel beams.

The metal advertising boards are fixed to the wall at an angle. Lights have been added to their top frame.

The platform edge has been marked by a white line, a row of white knobbed tiles and a yellow line. A light tube has been placed on the arches above the edge.

The seats on the platforms are made from green metal and shaped in form of a semi sphere. 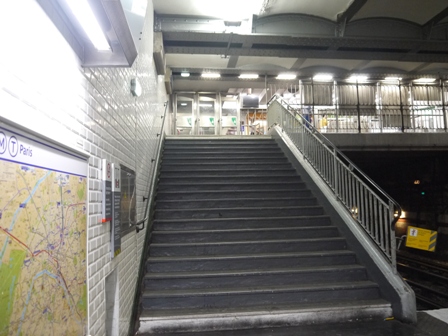 The open stairs lead to the mezzanine level.

Exit from the platform is through three glass doors which open at the side when pushed. 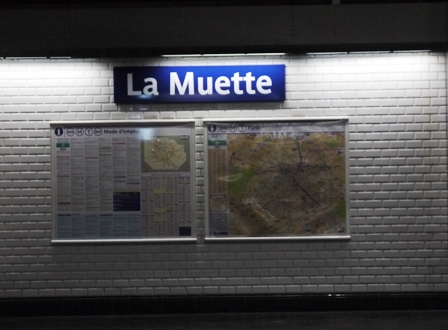 The station name is printed in white upper and lower case letters on a blue plastic covered sign. Below the signage is a set of transport rules and a framed map of the transport network.

The walls are covered with tiles with a raised centre and painted over.