The station opened on 26 April 1931.
It is situated in the 5th arrondissement. The station is named after the de Jussieu family, of which several family members were associated with the nearby botanic garden.
It is served by the metro lines 7 and 10. 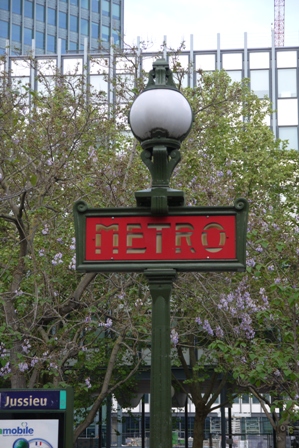 The signpost outside the station is designed by Dervaux. The metro sign on the green post is red, with a couple of small scrolls on top. It will be lit during darkness. The white round lamp is fixed to it with geometric shaped bars. 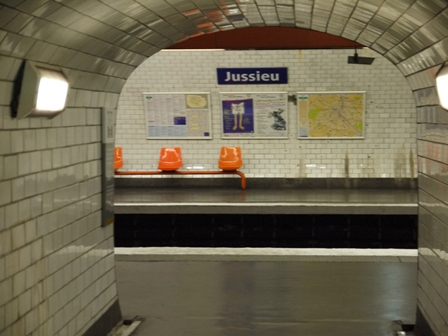 The vaulted ceiling and the walls are tiled in white, flat tiles, which have been placed horizontal.

The orange metal light casing is one rectangular box running from end of the platform to the end. 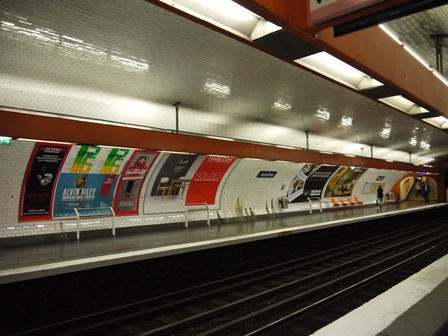 View of the platform in the other direction.

The tracks are between the two platforms and have no barriers.

The platform has orange plastic chairs, as well as bars to lean against. 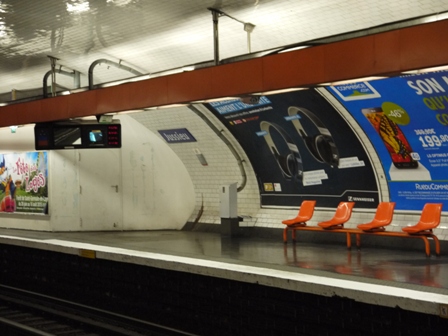 The drivers can overview the platform and tracks with two monitors hanging from the ceiling.

Seating is provided in form of orange plastic seats fixed to orange bars on the floor. 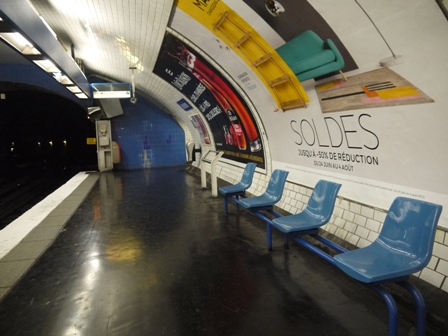 Light blue plastic seats are fixed on two blue metal tubes and placed in front of the advertising boards, which are in metal frames.

The wall at the end of the platform is tiled in blue. 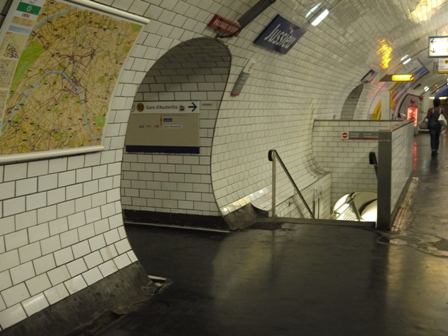 Link corridor from the platform of line 7 and entry to the platform. Signs above each forbid entry. 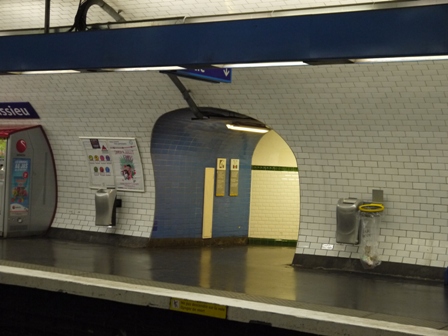 The beginning of the platform exit corridor is tiled in blue.

The blue lights are in Andreu-Motte style, matching the seats. They look like upside-down flowerboxes.

The edge of the platform is marked in white, followed by some nobbed tiles in grey. 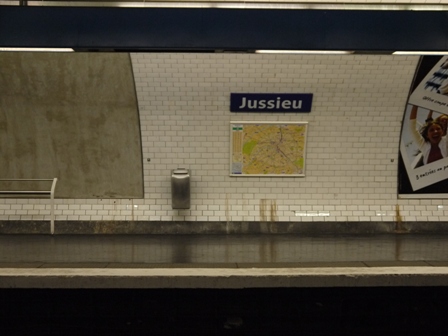 The signage has white, mixed case letters on a blue sign. Underneath the sign is a map of the bus network.

The wall is tiled in white flat horizontal tiles.