It is situated in the 16th arrondissement. The station is named after the German town Jena, where the French army under Napoleon I fought the Prussian army in 1806. The station is served by the metro line 9. 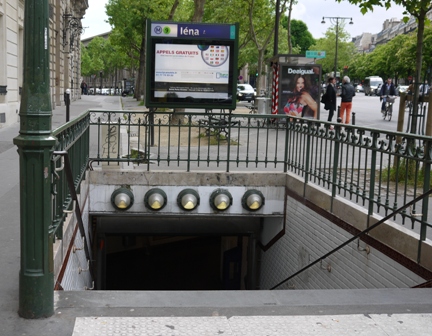 One of the three entrances to the station. The green fence has some small swirls between the bars. The panel at the end has no swirls.

The station sign is modern with advertising on one side.

Just above the entrance at ground level are 5 round lamps. 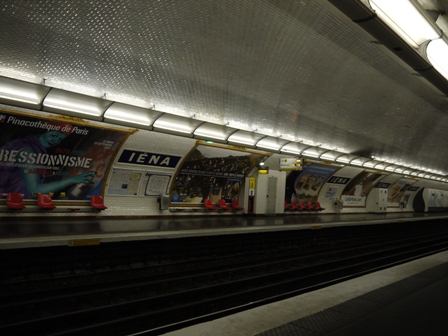 The walls and the vaulted ceiling are tiled. The lights over the platform are uplighting, reflecting on the top.

Red plastic seats have been fixed to the wall with a bar.

The advertising posters are placed in honey-coloured ceramic tiles with a wheat pattern. The top corners are decorated with ceramic flowers, as is the centre of the top frame. 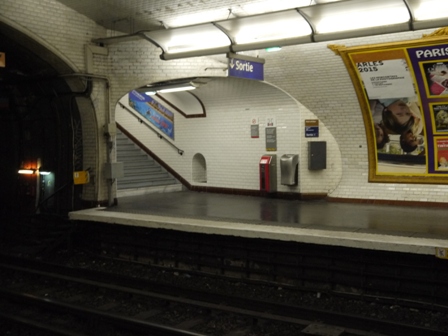 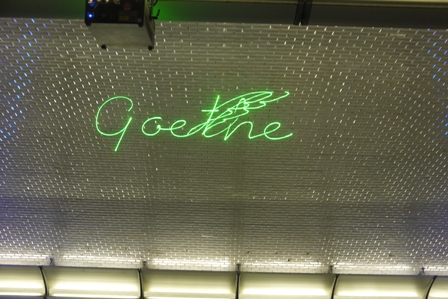 The Goethe Institut is not far from the station. In 2014 the institute displayed a lightshow on the ceiling of the station featuring images and names of famous German poets. Here is the signature of Goethe.