The station opened on 2 June 1906 with the line 5.
It is situated on the border of the 5th and 13th arrondissements.
It is served by the metro lines 5 and 10. 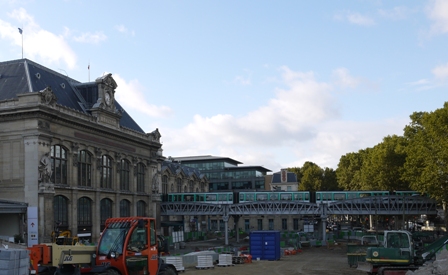 The building houses the train station and the two metro stations. Here a metro train leaves the station on the high tracks to cross the Seine over the Austerlitz Bridge. 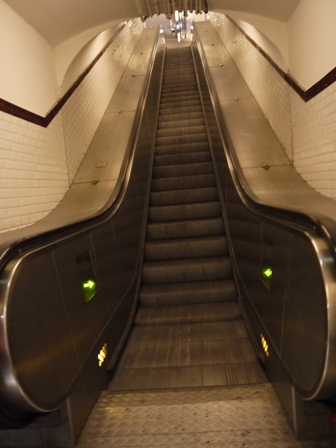 This escalator leads from the lower metro station. The walls are tiled and bordered with brown tiles. Above it the walls are painted white. 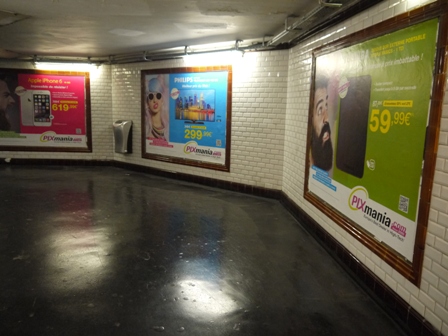 The walls in the corridor are tiled to the ceiling.

The advertising boards are surrounded by brown ceramic frames.

Line 5 started operation on 2 June 1906. It is an elevated station. 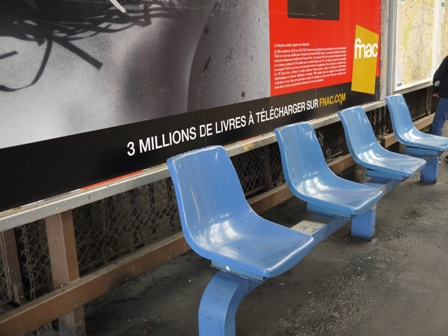 Light blue plastic seats have been fixed to a blue metal bar on the ground. They are placed in front of a metal framed advertising board. 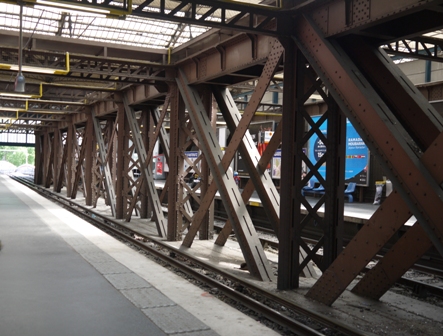 The two tracks are separated by a criss-cross of brown steel beams. The beams also support the glass roof and the lights. 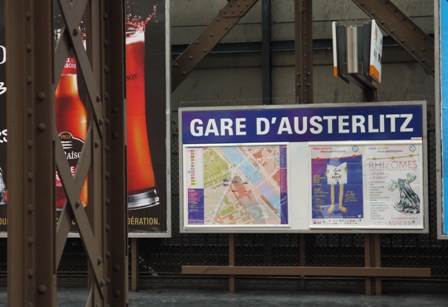 The signage is in white capital letters on a blue background. The sign is fre-standing. Underneath the name is a map of the local area with the station exits marked.

Next to it a a couple of advertising posters for events sponsored by the RATP. 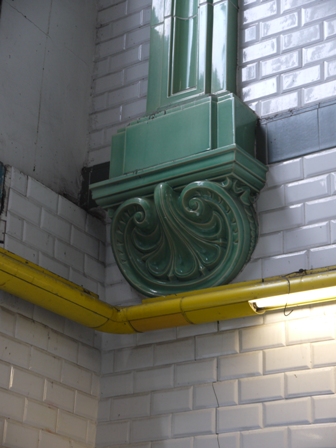 The ceramics on the wall near the corridor are some of the original features. The turquoise ceramic decorations show strong geometric forms on the top and rounded forms at the bottom.

The lights are in yellow tubes fixed to the wall. This section of wall is tiled with white ceramic tiles.

Line 10 started operation on 12 July 1939. This station is an underground station and the eastern terminal of the line. 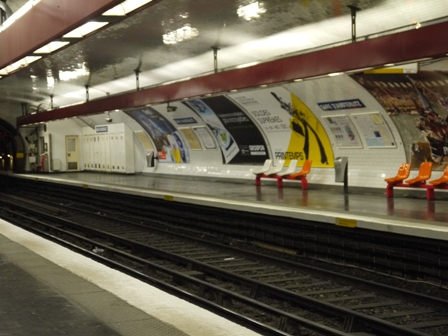 The two platforms are on either side of the tracks.

The lights are in red metal casings fixed to the wall. This is the Andreu-Motte style.

The plastic seats are mounted on red metal bars fixed on the ground. They are orange or white.

The edge of the platform is marked in white, with no additional yellow line. A row of about 20 cm wide nobbed tiles has been added. 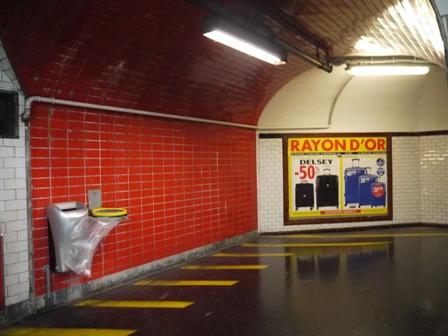 The exit from the platform has orange horizontal tiles on the wall at the platform end and white tiles further along.

The ground has large yellow bars to guide passengers to the right. 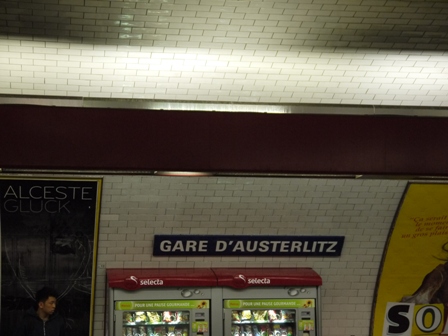 The walls of the platform are covered with white flate tiles placed horizontal.

The advertising posters are placed in large metal frames.

The signage is in all uppercase white letters on a blue sign. 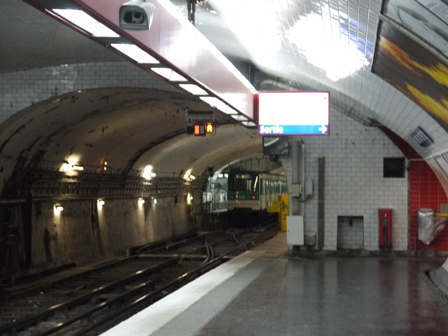 The tunnel behind the terminal serves to let the metro change direction: the metro drives in, the switch changes and the metro exits on the other track.