The station opened on 10 December 1933.
Charonne is an underground station in the 11th arrondissement. It is served by the metro line 9.

The station takes its name from the castle Charonne. 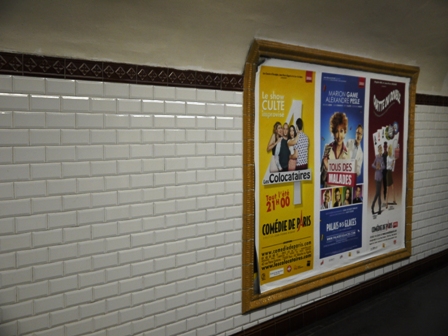 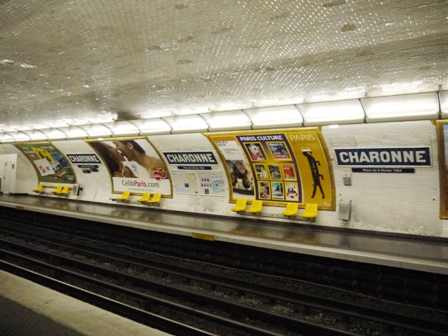 The walls of the corridor are tiled until about head-height with white tiles. They are topped by a row of dark brown tiles with a flower pattern. The wall above and ceiling is is painted white.

The advertising frames in the corridor are surrounded by honey-coloured ceramic tiles. Their tops curve slightly on the painted part of the wall. 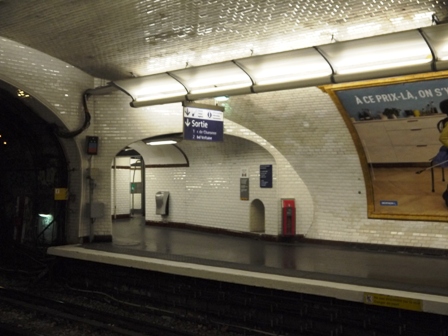 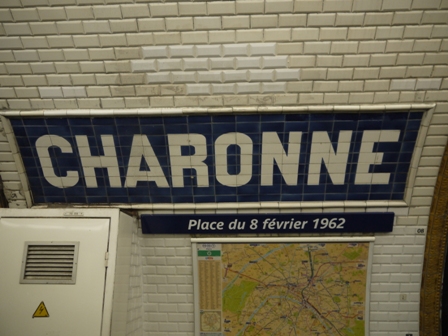 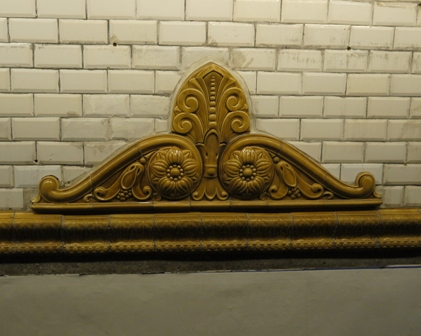 Yellow plastic seats have been fixed to the wall just in front of the large advertising panels.

The edge of the platforms is painted white, followed by a row of grey tiles wilh raised circles.

The uplights reflect on the metal top.

The station name is burned in large upper-case white letters on rectangular blue ceramic tiles. The panel of 9 x 18 tiles is surrounded by a plain white frame made from ceramic tiles.

Underneath the main name is an additional small plasticised sign with white lettering: "Place du 8 février 1962". It marks the date when - during a demonstration to protest for Algerian independence - the police closed the surrounding streets and pushed the crowd down the metro. A number of demonstrators died during the fight.

Above the top centre of the advertising frame is a three part ceramic embellishment.

A spear-like centre is held up by two swirls with an open dahlia flower and a fuchsia flower each. 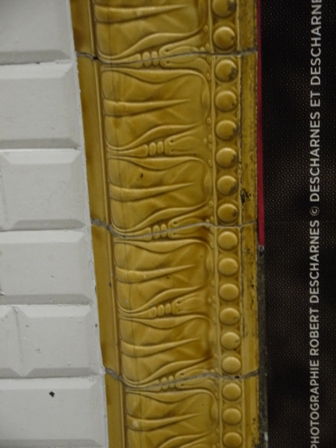 Detail of the ceramic frame. Large cabbage or spinach leaves are interspaced with slim tulip-like flowers. A row of raised circles separate them from the advertising.