The station opened on 19 July 1900 with the opening of line 1. The underground station carried the name Champs-Élysées until 20 May 1931.
It is situated in the 8th arrondissement. It is served by the metro lines 1 and 13. 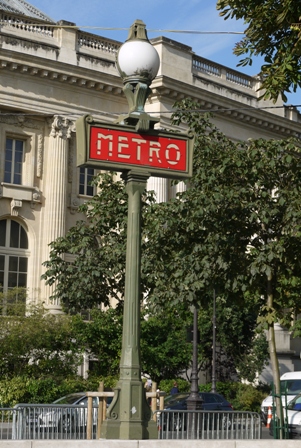 The lamppost outside the entrance near the Grand Palais is of the Dervaux style. The post is painted green. The incorporated red sign spells METRO in capital letters. It has two small scrolls at the side. It is lit at darkness. Above it is a white round lamp. 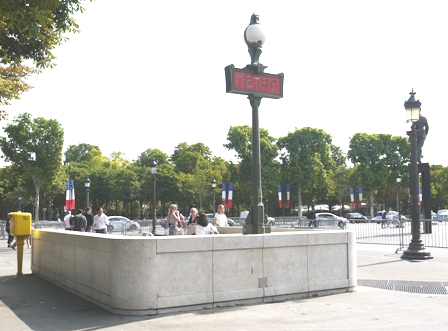 The entrance to the station is surrounded by a solid light-coloured stone wall. The lamppost is fixed on top of the wall. 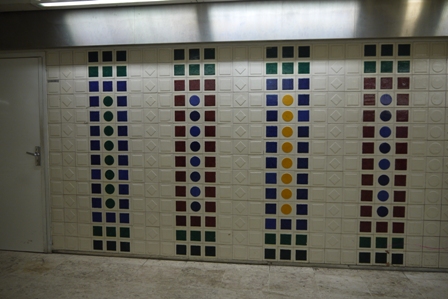 The wall at the bottom of the stairs is covered in simple square white tiles with 3D patterns of circles and squares are placed between others where the shapes have been coloured in single colours. 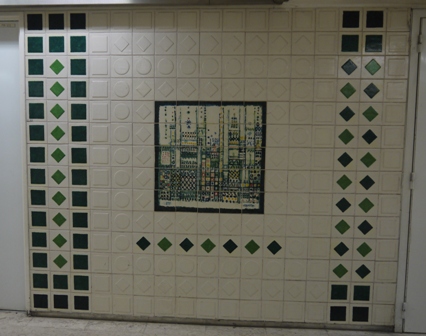 The painted images and patterned tiles in the link corridor are by the Portuguese artist Manuel Cargaleiro.

A cityscape in green tones is painted on a square of 25 tiles in the centre of the wall. Two the side have rows of squares and diamonds in two shades of green. 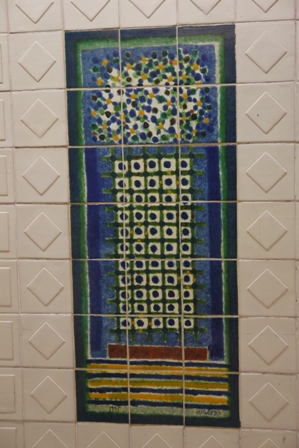 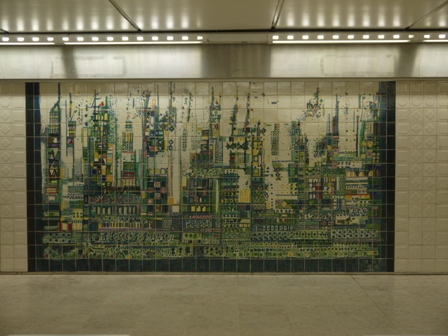 Large citscape drawn on tiles covering most of the wall.

The floor is tiled in large beige marbled tiles. 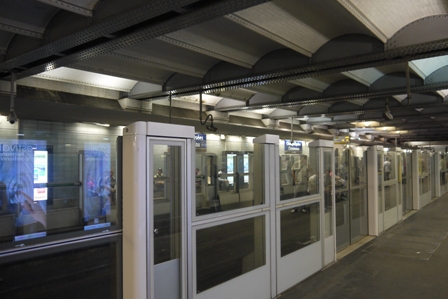 Platform doors have been installed at the edge. 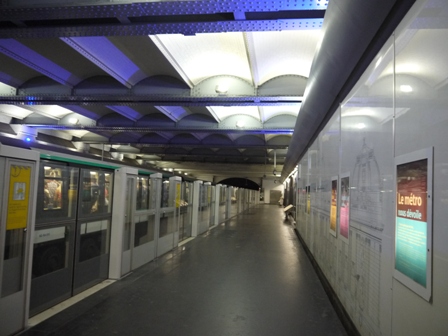 The walls are covered in printed plexi-glass. Some small backlit displays have also been added.

The ceiling consists of small painted arches which are supported by silver beams.

The ground has been painted grey. 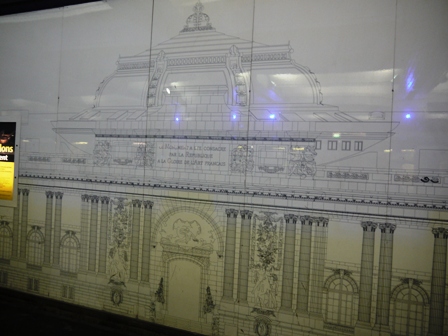 The walls are covered in a black and white drawing of the Grand Palais printed on large plexi-glass sheets. 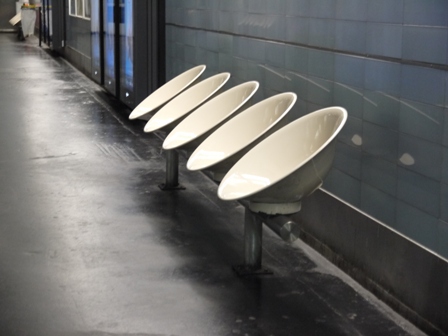 Other parts of the platform are covered in plastic tiles with rectangular structured shapes.

The white half-bowl shaped seats are made of metal and fixed to the ground with a silver bar. 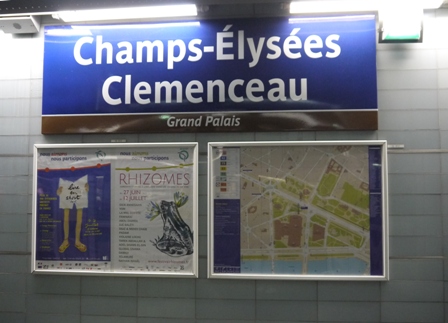 Line 13 started operation on 18 February 1975. It is an underground station. 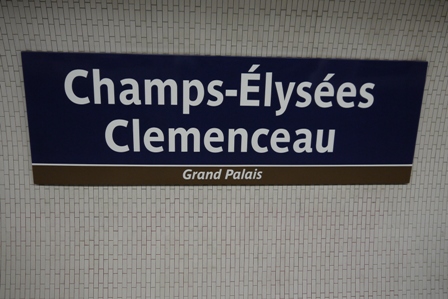 The signage is of the same type as those on the platforms of the line 1.

The walls are tiled in very small light grey vertical flat tiles which have been placed at a slight offset. 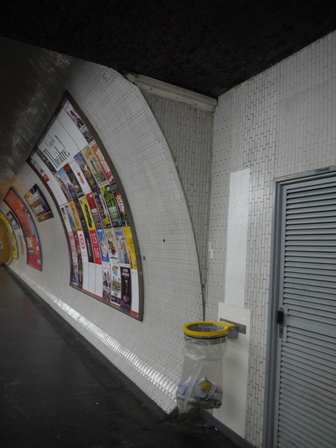 The advertising posters have been added to metal-framed boards on the curved walls. The little tiles are all the way to the ground, there is no row of border tiles.

The ceiling is flat and painted dark brown. 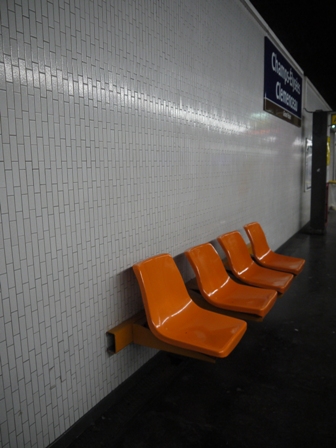 Orange plastic seats have been fixed to the wall with an orange metal bar.

The ground is painted grey.